21 June
The vice chancellor, Prof. Joseph Ahaneku has congratulated the students from the department of Mathematics for their remarkable performance at the National Conference of the National Association of Mathematical Sciences Students of Nigeria (NAMSSN) held recently in Abuja. The students competed with their counterparts from other universities across the country. 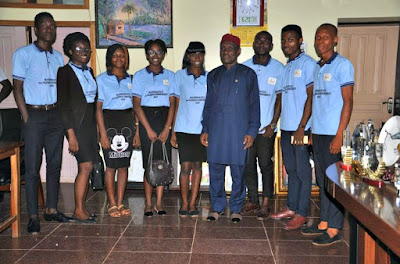